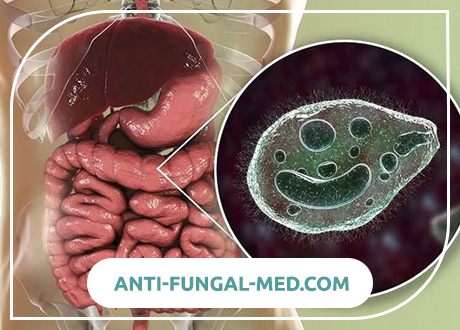 Balantidiasis is a parasitic disease characterized by ulcerative lesions of the large intestine, severe course and high mortality during late treatment.

The causative agent (Balantidium coli) is of the protozoa type (Protozoa), subtype Ciliophora, class Ciliata. This infusoria was first described by the Swedish scientist Malmsten in 1857. N.S. Solov’ev proved his ability to cause human disease in 1901. The causative agent is the largest among the pathogenic intestinal protozoa. The size of the vegetative form is 50-80 microns in length and 35-60 microns in width, the diameter of the cysts is about 50 microns, the surface of the vegetative shape is covered with cilia, with the help of which the movement is carried out. In the external environment, cysts remain viable for 3-4 weeks. It is believed that one type of balantids is parasitic in humans and pigs.

Epidemiology.
The disease is relatively rare. However, infection of the population can be quite high. Thus, in rural areas, 4–5% of the population is infected by balantidia. Especially often infected persons are in contact with pigs, which are natural carriers of balantides. In the foci of infection may occur upon contact with patients with balantidiasis. Diseases occur, usually in the form of sporadic cases.

Natural carriers of balantides are pigs. Human infection occurs when balantidia, more often cysts, enters the digestive tract. The pathogen can persist for a long time in the human intestine, without showing a pathogenic effect. It usually lives in the lower parts of the small intestines. The reasons for the introduction of balantidia in intestinal tissue, which is observed only in a small part of the invasive ones, remain unexplored. The lesions caused by balantidia are localized mainly in the blind, sigmoid and rectum. Initially, edema and hyperemia appear on the folds of the mucous membrane, then erosions are formed, balantidia penetrate into the thickness of the tissue, causing foci of hemorrhage and necrosis. After rejection of necrotic masses, a cavity remains, communicating with the intestinal lumen. Ulcers have irregular outlines, the edges are cut and thickened, the bottom is uneven, covered with bloody purulent bloom. Perforation of ulcers may occur with the development of diffuse peritonitis.

The pathological process develops as a result of the proliferation of parasites in the tissues of the colon, sometimes in the distal part of the small intestine, as a result of which ulcers are formed. According to the clinical course, acute and chronic (recurrent) balantidiasis are distinguished. The most common is its chronic form. Both acute and chronic balantidiasis can occur either in the form of balantide dysentery with the rapid development of foul-smelling blood-mucous diarrhea, or in the form of balantid colitis with semi-liquid stool and mucus, but without blood. The chronic course of the disease is characterized by alternating exacerbations, which differ little from acute forms, with periods of remission, during which there may be no diarrhea at all. Acute forms of balantide dysentery that have not been subjected to timely specific therapy are distinguished by very high mortality.

In cases not complicated by bacterial infection, balantidiasis, especially its acute forms, may not cause a rise in body temperature. Complications of balantidiasis in the form of damage to other organs, except the intestine, are extremely rare.

The incubation period often lasts 10-15 days (from 5 to 30). Clinically balantidiasis can occur in acute and chronic forms. Latent balantidiasis (carriage) and combined forms of balantidiasis (with amebiasis, shigellosis, etc.) are also distinguished. According to the severity of the course moderate and severe forms prevail. Acute forms of balantidiasis resemble enterocolitis or colitis in their manifestations. Symptoms of general intoxication appear: weakness, headache, loss of appetite, half of the patients have moderate fever, sometimes with chills. At the same time, there are signs of intestinal damage: abdominal pain, diarrhea, flatulence, with involvement of the rectum in the process of tenesmus. In the feces may be impurities of mucus and blood. Often noted dry coated tongue, spasm and tenderness of the colon, the liver is enlarged and painful. When sigmoidoscopy reveal focal infiltrative-ulcerative process. In the study of blood – moderate anemia, eosinophilia, a decrease in the total amount of protein and albumin, ESR moderately increased. In severe acute balantidiasis, high fever is noted, symptoms of intoxication are pronounced (chills, nausea, vomiting, headache). Stool up to 20 times a day with an admixture of mucus and blood, with a putrid odor. Patients lose weight quickly, after a week cachexia can develop. There may be signs of peritoneal irritation. When sigmoidoscopy revealed extensive ulcerative changes. In the blood, hypochromic anemia, neutrophilic leukocytosis.

Acute balantidiasis
Acute forms of the disease are characterized by fever, symptoms of general intoxication and signs of bowel damage (abdominal pain, diarrhea, flatulence, tenesmus possible – false urges to defecate). In the stools, an admixture of mucus and blood is noted. Characterized by spasm and tenderness of the large intestine, enlarged liver. When sigmoidoscopy revealed focal infiltrative-ulcerative process. In severe cases, general intoxication, high fever, stools up to 20 times a day with an admixture of mucus and blood with a putrid odor are noted. Patients lose weight quickly, sometimes symptoms of peritoneal irritation appear. When sigmoidoscopy establish extensive ulcerative lesions.

Chronic balantidiasis
In chronic balantidiasis, symptoms of intoxication are mild, body temperature is normal, stools up to 2-3 times a day, liquid, with mucus, sometimes with blood. When probing, pain is noted predominantly in the area of ​​the caecum and ascending colon. When sigmoidoscopy may be typical ulcerative changes. Confirmation of the diagnosis is the detection of parasites in the feces.

The diagnosis of balantidiasis is made on the basis of the detection of balantidia in native smears from feces or scraping from the affected areas of the intestinal mucosa, taken during rectoromanoscopy. Due to their large size, mobility, characteristic shape and the presence of contractile vacuoles, balantidia are easily recognized. Their cysts, which are formed in the human intestine, are extremely rare, and can sometimes be found in preparations stained with Lugol’s solution.

For the diagnosis important information about the residence of patients in rural areas and their contact by occupation with pigs.

In some cases, with feces, a small amount of balantidia is excreted and in smears they can be detected only after repeated repeated analyzes or when seeding on nutrient media.

Microscopic preparations
1. In a native smear, vegetative forms of balantidia can be detected, with an average length of 75 microns and a width of 40 microns. They move very quickly, easily changing the shape of the body and rotating around the longitudinal axis. Therefore, to identify them more convenient to use a small magnification of the microscope. If it is necessary to consider balantidia in more detail, under high magnification (10×40), then their movement should be slowed down, sucking excess liquid from the preparation. On such preparations, it can be seen that the body of balantidia is ovoid, its front narrower end is somewhat flattened. The entire surface of the body is covered with longitudinal rows of cilia, the flickering of which is clearly visible on the edges of the cell. At the front end, or slightly to the side, there is a funnel-shaped groove, the cirrus. The cytoplasm is demarcated into a thin surface layer that strongly refracts light — ectoplasm and an internal, turbid, granular, opaque mass — endoplasm. Against the background of the endoplasm, in the center of the body or closer to one of its ends, one can sometimes see a bright large bean-shaped vegetative nucleus – a macronucleus. Contractile vacuoles in the form of either emerging or disappearing light balls are located in the front and rear parts of the body. The parasite also contains various food particles in the endoplasm of the parasite: swallowed erythrocytes, starch grains, fungi, and bacteria enclosed in digestive vacuoles.

2. In constant preparations, stained by Heidenhain, balantidia, as in native smears, are easily detected at low magnification of the microscope. The main features for their recognition are the characteristic oval shape of the body and the large dark-colored bean-shaped or sausage-shaped macronucleus located inside the cytoplasm of the simplest in the transverse, oblique or longitudinal direction. Details of the structure of balantidia are studied at high magnification of the microscope (10×40). The macronucleus, and sometimes the small micronucleus adjacent to it, the contractile vacuoles in the form of bright unpainted vesicles in the anterior and posterior parts of the body, digestive vacuoles filled with bacteria, fungi, starch grains, erythrocytes and leukocytes at various stages of digestion are clearly visible. Cilia covering the body of the simplest, poorly visible. Balantidial cysts are round, 40–65 µm in diameter, with a double-circuit shell and a well-marked bean-shaped core.

Immunological methods. In practical work do not apply.

The prognosis for modern therapy is favorable. Without the use of anti-parasitic therapy, mortality reached 10-12%.

To prevent the disease, it is necessary to observe hygienic measures when caring for pigs, as well as timely detection and treatment of people with balantidiasis. General preventive measures are the same as for dysentery.