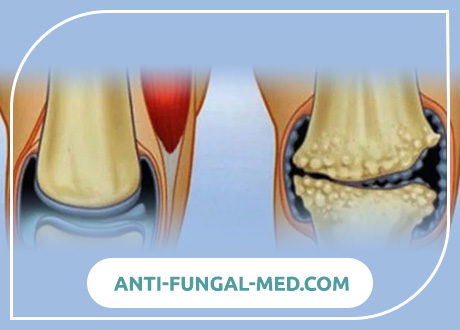 What is Hip Dysplasia?

Dysplasia is a disorder in the formation of an organ or tissue. In this article we will discuss the dysplasia of the musculoskeletal system, in particular – the hip dysplasia, which is most common in newborns.

The laying of the musculoskeletal system occurs at 4-5 weeks of intrauterine development, its final formation – after the child begins to walk. At any stage of the development of the musculoskeletal system possible violations. The most common cause of them are genetic defects. It is not by chance that if the mother or the closest relatives of the child had orthopedic problems in infancy and childhood, then the probability of inheritance of such deviations is high.

The term dysplastic syndrome in orthopedics is understood as a violation of the development of connective tissue, which can manifest itself in the form of hypermobility (increased mobility) of the joints in combination with weakness of the connective tissue. It should be understood that dysplasia is not a diagnosis, but a condition whose manifestations occur in various diseases.

One of the clinical manifestations of dysplasia is dislocation of the femoral head. The term “dysplasia of the hip joint” has, in addition to the general, also a special meaning, being synonymous with preexposure of the hip. To avoid confusion, we give a classification of hip dysplasia.

There are three forms of disturbances in the relationship of the articular hip joints:

Pre-dislocation is observed in newborns with an overstretched joint capsule. They have a symptom of slipping – the head of the femur easily dislocated, but then reset. Dislocation is formed in two ways:

The limbus is sharply deformed or wrapped in the joint cavity, entraining part of the joint capsule.

A special group consists of dysplastic, immature hip joints (often without displacement of the femoral heads and, accordingly, not requiring special treatment).

Dislocation of the femoral head is the underdevelopment of the elements that form the joint. This developmental defect can form due to a primary defect in the laying of connective tissue. To a greater extent, hereditary causes play a role here, to a lesser extent – the effect of harmful environmental factors and hormonal disorders in women during pregnancy. This pathology of newborns is most common in girls (five times more often than boys) and in babies born in pelvic presentation. Often, hip dislocation is observed in small (less than 2500 g) newborns. With pelvic presentation, the fetus decreases the range of motion in the joints, especially in the hip, and the adequate range of motion in it is the key to the normal development of the joint. A small fetal mass is usually combined with a small amount of muscle tissue, which increases the likelihood of improper joint development. In addition, the gynecological diseases of the mother (in this case, the presence of uterine fibroids, adhesions in the uterus, and other processes that may impede intrauterine movements of the child) are a risk factor for hip dislocation.

Needless to say, that with an untimely diagnosis and treatment started at the wrong time, dislocation of the femoral head instead of a healthy active baby, you can get a disabled person who can hardly move on his feet! With hip dysplasia, the count goes for weeks or even days. That is why a thorough examination of the newborn for congenital pathology of the hip joint is carried out even in the hospital. If there is even a suspicion of a pathology of the hip joint, the child immediately after discharge from the maternity ward goes to the orthopedist. The second time, the local children’s orthopedist should see the child at 1 month, the third time at 3 months, the fourth at 6 months and the fifth time at 1 year or when the child begins to walk. An attentive mother (with a one-sided dislocation) may notice some signs of hip dislocation, paying attention to the following symptoms:

With bilateral hip dislocation, asymmetry of the gluteal folds and restriction of hip abduction are possible. In addition, when bending the legs in the knee and hip joints, an extraneous sound (click) can be heard, which normally should not be. When mixing the legs, the crotch may be visible. These formidable signs of a congenital dislocation of the hip should lead the mother and baby to the orthopedist.

The orthopedist conducts a clinical examination and, if necessary, directs the child to an ultrasound examination (ultrasound) of the hip joints. This is a harmless examination method, however, it does not always allow a reliable assessment of the condition of the joint, because it does not give a complete picture of the relative position of its elements. Namely, the relative position of the elements allows us to determine whether there are pathological changes in the joint. Ultrasound is more suitable for screening, that is, examinations of all newborns even in maternity hospitals for the pathology of the hip joints. Unfortunately, in our country this has not yet become widely practiced. In addition, ultrasound may be useful as a control over the effectiveness of treatment.

If there is dysplasia or is suspected of it, the doctor may prescribe an X-ray examination of the hip joints. Radiography allows you to objectively assess the condition of the joints.

If your baby is okay or the dysplasia of the hip joint was suspected, but not confirmed, then wide swaddling is shown to prevent hip dislocation (a folded diaper or small pillow is placed between the child’s legs, which ensures the legs are spread out in the hip joints and the thigh head is correctly positioned) in the acetabulum) or no swaddling at all. Congenital dislocation of the hip is rarely found in countries where tight swaddling of children is not accepted (Africa, Korea, Vietnam). For the proper development of the joints, an adequate range of movements in them is necessary, and at rest – the so-called physiological (or natural, provided by nature) position. All mothers pay attention to the fact that the legs of the newborn in a natural position are bent at the knees and divorced. Is it worth it to be wiser than nature, trying to straighten and tighten the legs of a baby with a diaper?

If the orthopedist confirms the diagnosis of hip dislocation (as well as subluxation or dislocation) of the thigh, then treatment is started immediately. It must be remembered that the treatment of congenital dislocation of the hip is long and complex. In the course of such therapy, wide swaddling, special diverting tires, which are removable and non-removable, plaster bandages are used. The purpose of using these devices is to create the most favorable conditions for the development of all elements of the joint (femoral head and acetabulum). The duration of tire wear is determined in each case individually and can range from several months to one year. The most important thing is not to interrupt the treatment. Sometimes it happens that parents remove the tires without consulting an orthopedist. They do not understand the seriousness of the situation, because every week is expensive in the treatment of congenital dislocation of the hip.

Physiotherapy, massage, physiotherapy exercises are also widely used for treatment. But it is important for parents to remember that only a specialist should carry out massage and physiotherapy exercises. With conservative (i.e. non-surgical) treatment of congenital dislocation of the hip, the child does not walk for a long time. The desire of parents to see their child on legs by the end of the first year of life is understandable. But without the permission of the orthopedic surgeon, you cannot put a child on his feet, because you can lose all the hard-won successes in treating congenital dislocation of the hip.

With the ineffectiveness of conservative treatment, surgery is performed. The essence of the operation is the reduction of the femoral head and restoration of the anatomical correspondence of the elements of the hip joint. The volume of the operation is determined purely individually (sometimes several operations may be required during the treatment process). After the operation, a long fixation is carried out, then rehabilitation treatment using adequate physical load on the joints, physiotherapy exercises, massage and physiotherapy.

If congenital hip dislocation is not cured, then due to improper biomechanics (i.e. movements), dysplastic coxarthrosis develops in the joint – a severe disabling disease of the hip joints, accompanied by pain, impaired gait, and a decrease in the range of motion in the joint. Treatment of this condition can only be operative. The later the operation, the less likely it is to recover completely.